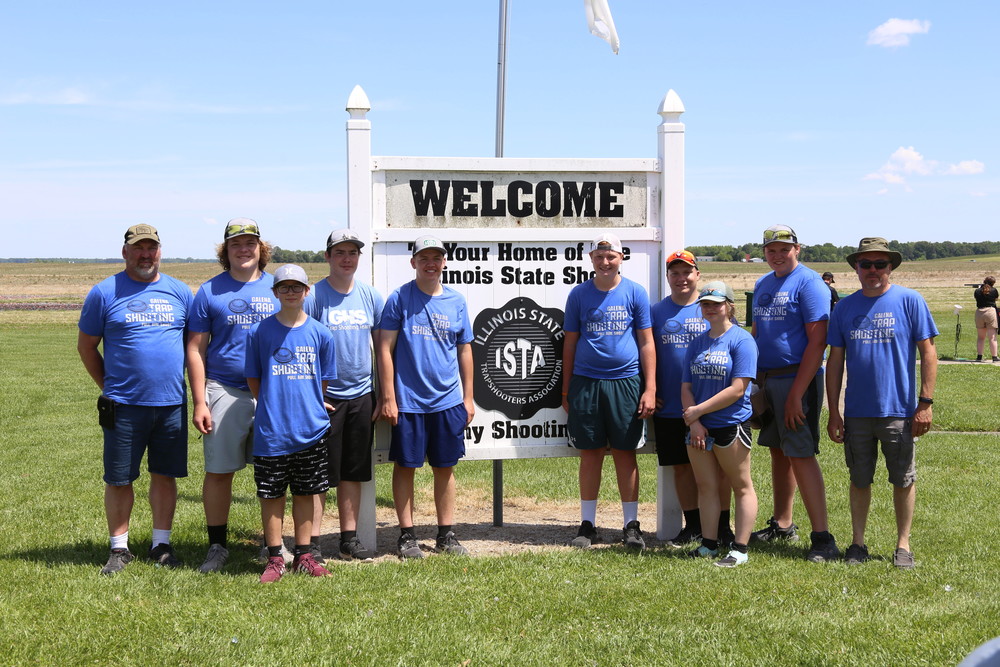 The Galena High School Trap Shooting team wrapped up their spring season at the Illinois State High School Clay Target League state tournament at Brittany Shooting range in Bunker Hill, IL, on June 4, 2022. The State Tournament is the only event during the year that all League participants are invited to attend and compete at the same venue! Individuals compete within their assigned shooting skill classification based on their year-end season average. Teams use their top five members’ scores for their team score. Each member of the team shoots four rounds of 25 for a total of 100 rounds.

The team scores from the state shoot are as follows:

The team placed 41st at the state shoot in competition with all other trap teams from around the state. However, with their scores from throughout the season, the Galena High School Trap team placed 2nd in their conference. They are in the second smallest conference, as conferences are determined on the numbers of members on the team.

Galena trap shooter, Tyler Temperly, was named All-State Team shooter with a season average on 23.3. They selected 53 students out of the 1133 Illinois State High School Clay Target League trap shooters from around the state.